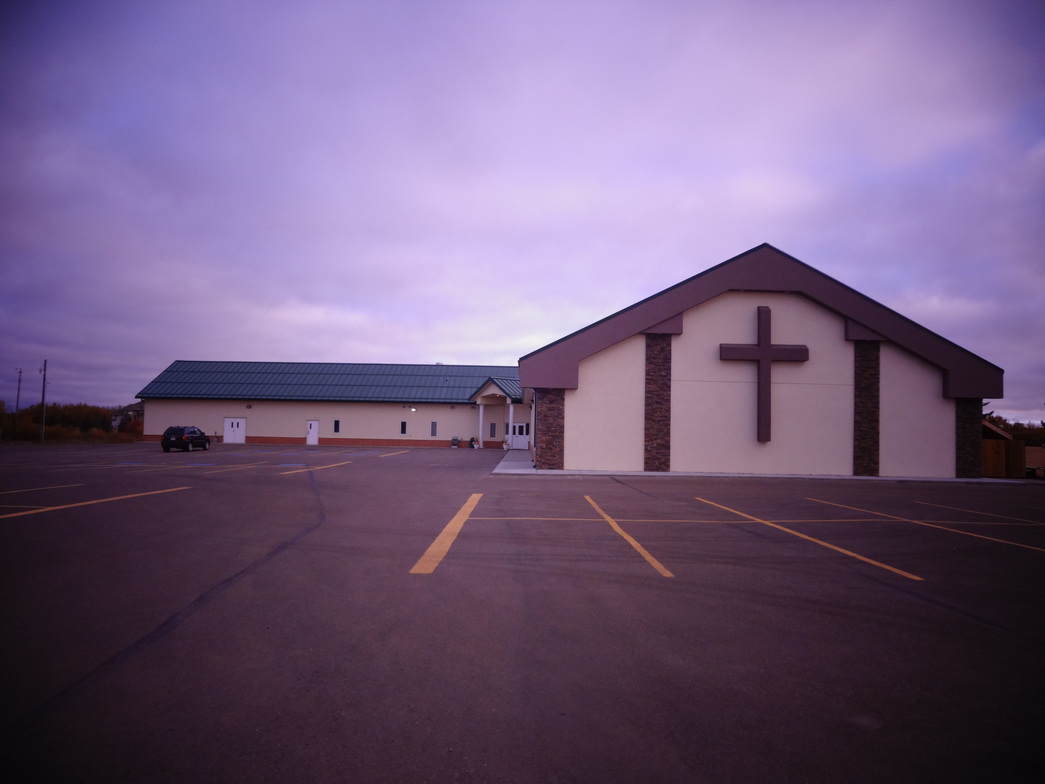 Who founded it and why?

Bethel Pentecostal Church (now known as Bethel Family Worship Centre) was begun in 1940, after a revival began in the area, and street meetings and an evangelistic crusade were held in St. Paul, AB. People of like precious faith (with a mainly Ukrainian background) wanted a place to worship, so a 40 year old, 2-storey building was purchased, right in St. Paul. Because it needed major renovations, it was torn down a few months later, and a small auditorium, with living quarters in the back, was built with the lumber. Much Volunteer labor was used and the new pastor applied the stucco. It was dedicated in November, 1941.

In 1982 the church was again torn down and a bigger one, covering the whole lot, was built (by this time a parsonage had been constructed). Since there were now many English speaking people in the congregation the numbers of the hymns were announced from both the Ukrainian and English hymnals, and a swelling of praise to God was heard in both languages. As the older members passed away the singing was done only in English. St. Paul community has many French people, as well as Ukrainian, and some of them have become born again over the years and made Bethel their home church. First Nations peoples, Africans and Filipinos are part of Bethel Church, plus other minorities.

One of the founding members, Max Holomis, had willed the church a parcel of land on hi property. In May 2002, with major growth in church membership, ground was broken for a new 12,000 square foot building, just outside of St. Paul. In the summer of 2012 another 25 feet was added onto the front of the sanctuary, which added space for 100 chairs, two offices and a youth room. Bethel Family Worship now has 3 full time pastors - a lead pastor and his wife, a youth/assistant pastor, and a worship pastor/administrator. Recently, more land beside the church was purchased, and the congregation is seeking God as to its use.